The Benefits of Blood

In his latest BBC documentary, Dr Michael Mosley investigates the benefits of consuming your own blood as despite years of research the regenerative properties of blood are only just beginning to be exploited. 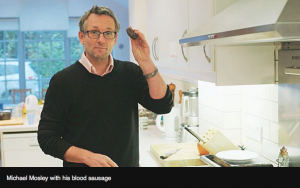 Whilst eating sausages containing your own blood might not be to everyones taste, the benefits of blood are well know within the aesthetics industry and are utilised in the Platelet Rich Plasma (PRP) or ‘Vampire Facelift’ treatment.

Along with Thread Lift treatments, the Vampire Facelift is one of the most talked about treatments currently on the aesthetics market and is an amazing addition to any cosmetic clinic.

During the treatment a small volume of the patient’s blood is taken and then separated in a centrifuge. The platelets and plasma can then be injected into scars and wrinkles providing amazing results for patients.

Our one-day PRP training course is available to all doctors, dentists, nurses and midwives and costs just £295+VAT.

The Botox Evolution: Popularity over the Last 10 Years

For the last 10 years, we have been witnesses to the rise in the trend of Botox. With almost all celebrities in Hollywood displaying their flawless results from the injections, more and more people around the world have followed their lead. And why wouldn’t you? Someone with teams of beauty experts working with them are surely the ideal role model as they are certain to know what products are best. With this rise in popularity, being Botox trained is becoming much more efficient as there is a constant need for those who can carry out the procedure. END_OF_DOCUMENT_TOKEN_TO_BE_REPLACED


Posted in Botox, Botox Training Courses | Comments Off on The Botox Evolution: Popularity over the Last 10 Years

The Aesthetic Surgery Services Legislation: All You Need To Know About EN 16372

Earlier this year, the new European Aesthetics Surgery regulatory standards finally gained CEN approval. This means their publication is imminent, with the final drafts being put into practice in the coming few months – but what does their implementation mean for the aesthetics surgery industry? Much of the legislation will crack down on the inconsistency of procedural standards, training requirements and the condition of both surgical and non-surgical aesthetic treatment centres.
END_OF_DOCUMENT_TOKEN_TO_BE_REPLACED


Posted in News | Comments Off on The Aesthetic Surgery Services Legislation: All You Need To Know About EN 16372

Male Treatments: The Rising Popularity Of Botox For Men


Posted in News | Comments Off on Male Treatments: The Rising Popularity Of Botox For Men

With the newly released recommendations, what impact will the recommendations have on the Botox and cosmetic non-surgical industry? Further details will follow.

END_OF_DOCUMENT_TOKEN_TO_BE_REPLACED


Posted in News | Comments Off on Government Announcement expected today

Tomorrow, 20th January at 2.15, we require some models to receive a free topical treatment for the temporary reduction of eye bags, puffiness and wrinkles.  If you meet this criteria you will need to agree to the following:

END_OF_DOCUMENT_TOKEN_TO_BE_REPLACED

How old do you have to be to have Botox?

In light of the undercover investigation that appeared on the Mail Online it seems that there are some practitioners in the UK who are willing to prescribe and inject Botox into teenagers. END_OF_DOCUMENT_TOKEN_TO_BE_REPLACED


Posted in Botox, News | Comments Off on How old do you have to be to have Botox?

Platelet rich plasma or the rather aptly named vampire facelift has been reaching dizzy heights of clients requesting this treatment. These requests are estimated to grow a further 807% this year. END_OF_DOCUMENT_TOKEN_TO_BE_REPLACED

The cosmetic world is in disarray in regards to the recent Keogh Report, and a big worry from professionals is coming from the lack of guidelines with non-invasive treatments for things like dermal fillers and Botox. END_OF_DOCUMENT_TOKEN_TO_BE_REPLACED